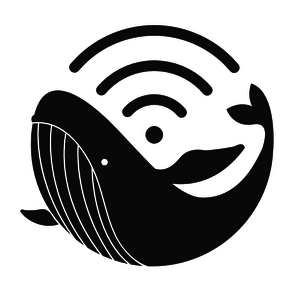 Soundwhale is a remote collaboration solution for audio post and music production that allows users to create content and exchange ideas. It’s meant for clients and collaborators that cannot be in the same room. Users can connect over the network and listen to the same audio, communicate, and make changes ...

during the creative process in realtime.

Soundwhale is geared towards all users. Users with little or no audio experience can connect with voice talent and musicians and record them directly in Soundwhale. More experienced users that want to edit, mix, or produce can connect and stream from external software like Pro Tools. Communication occurs through audio, video, or text chat. Post production mix reviews can occur from a distance as the client will receive a live audio mix that’s locked to picture. Any changes to the mix will happen in realtime as the client gives direction to the mix engineer.

All the World’s a Studio: Soundwhale Powers Remote Collaboration, from Initial Song Ideas to Audio Post-Production

Synchronous communication, when you can have real-time interaction and collaboration, is key to successful studio work. If you can’t be in the same room with your collaborator, you need technology to bridge the gap, something that makes the whole world your studio.

Tech-obsessed musician and audio engineer Ameen Abdulla learned this the hard way, working with coastal clients on important post-production projects from his Twin Cities studio. “I lost a ton of clients,” he recalls. “I worked with a company in Minneapolis that had an LA office and does production in both places. They liked working with us. They suggested that we could take on LA shows, but do a remote scenario for post-production. Nothing worked. We tried so many things from expensive hardware boxes to existing software, but we couldn’t get around network and routing issues. Delays were just too big. Quality was too compressed.”

Abdulla decided to tackle the problem, creating Soundwhale, a new streaming studio platform designed to make remote audio for picture production and recording sessions seamless. Its intuitive interface, live chat right in the session window, streaming MIDI, and excellent sound quality mean it can be used for everything from writing a song with someone across the country to mixing for video post-production, from giving mix feedback to tracking voiceovers.

Soundwhale is currently in closed beta, but will launch publicly in October 2019 for macOS and iOS.

Abdulla grew up playing sweaty clubs in punk bands in Charleston, WV, where the scene was supportive and enthusiastic. Though smitten with music, Abdulla got a business degree, focusing on computer technology. The two paths intertwined as he moved into audio engineering and settled into a steady rhythm of post-production work. However, facing the endless technical snags of remote work, he got to combine his two callings into a new project.

Abdulla’s frustrations coincided with faster internet speeds, unlocking a range of new potential uses for streaming media. “I had this idea starting in 2010-11 as the internet was getting faster,” he recounts. “But it wasn’t until 2015 that I really saw I had to make this. It should be here by now, I thought to myself, but it’s been overlooked.”

One important tech detail Abdulla soon discovered, as he was developing Soundwhale with his team: It would not work in the cloud. “Cloud-based software can work well for a lot of the scenarios out there. You create a file and it pops into everyone’s session really fast,” he explains. “But if you’re working in high-profile sessions, or ones that require instant feedback, you can’t deal with even a couple second’s delay.”

The synching process was central to Soundwhale, as were other features Abdulla knew his fellow producers and engineers would need to work with showrunners, music supervisors, creative directors, and other clients remotely. Streaming had to have minimal latency, high quality, and had to work across devices. (Soundwhale offers a streamlined iOS version.)  “We also wanted to be able to tap into mobile users who can’t be in front of their computers,” Abdulla says. “They can get the video streamed straight to their phone with about a second latency.”

Soundwhale’s structure and features were guided by what professionals in different roles in the recording and production process need to do their jobs. It had to reflect their workflows. To make sure it did, Soundwhale was put through a gauntlet of real-life tests to make sure everything synched up and led to creativity and productivity.

“Basically, it didn’t matter how technically cool it was or how nice it looked. I wanted it to work for my clients. It had to work really well,” Abdulla reflects. “This is different from the frankly half-baked attempts some outside the industry have put out there. We knew we’d be working with creative directors and post-production supervisors, who just don’t have the time to mess around. We had to make it solid, and test it thousands of times.” Those tests shaped a platform made for efficient, exciting remote collaboration, turning every device into a potential extension of the recording studio.